OK, another long pause between the blog posts. It has proven very difficult to keep up the blogging as the weeks go by much too quickly. However, this week we were in Spain. Jason was already there for a week and then I (Sofi) came down on my school break for a week as well. After months of darkness and cold weather it is truly amazing to be here and feel the sun on your face! 😀

We are not just enjoying ourselves though, as the week is all about getting some training in on the bike and for me to do a few running sessions. Jason has been lucky as he has two weeks in Spain to train. It is perfect weather for cycling and running, not too warm and not at all cold. We have been able to cycle in shorts and short sleeve jerseys. It will be a few more months until we will be able to cycle like that in Sweden.

I arrived on Saturday and we went on my first ride on Sunday. It was very windy so we took it steady and did a short climb, only a few kilometers. I could tell that my legs were not used to cycling after the winter and it took a while to get going again. It was a good warmup for the ride we did on Tuesday, which was cycling up Sierra Espuña. It is a mountain near Murcia and we did it last February as well. The aim was to get a better time than last year and I did 🙂 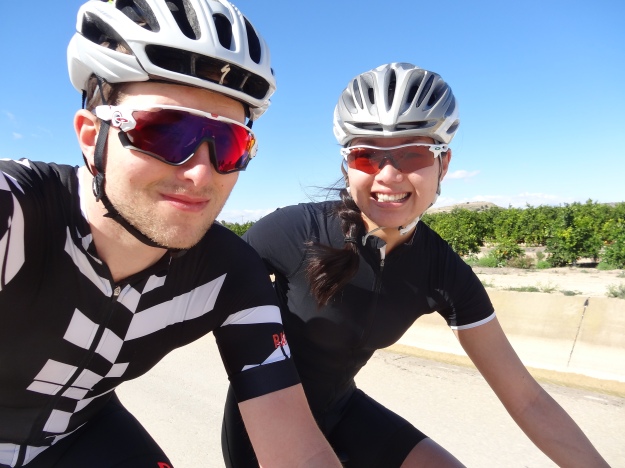 It is a very beautiful climb, about 1500 m over 23 km. There are parts of the climb that are tougher than the rest, and it is definitely not easy to cycle uphill for 2 hours. The key is to find a rhythm in your climbing and a way to control your breathing. It is easy to get stressed when the climbing becomes steeper so focusing on how you pedal and breathe is key. I had my two little cycling buddies with me though (Jason and Colin), so they kept me motivated almost all the way. The last part I did myself and then I was really tired 🙂 But I did a new PB so I am satisfied. The descent was not enjoyable though, it was so cold that I could not feel my fingers which is not the best when you need to brake a lot. The descending is so fast and I need to practise it a lot more.

I did a run on Monday and Thursday. My legs really get some training this week and to combine cycling and running is not the easiest since both require you to use your legs. On Wednesday my legs were really tired so a rest day is exactly what I needed. My dad is in Spain to play golf, just down the road from where we are, so we hung out with him on Wednesday as well 🙂 It was the first time any of our (mine and Jason’s) parents had met, and both our dads got along really well. I was surprised at how much English my dad knew – he spoke just as much in English as he usually does in Swedish 😀 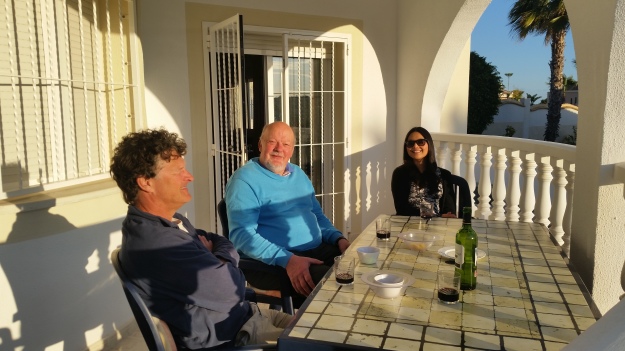 On Friday we cycled Cresta del Gallo, a climb used in last year’s Vuelta a España (where Jason and Colin went to watch the stage as well). It was about 50 km to the climb, then the climb, and 50 km home. On the way home we had a headwind the whole way, so I tried to conserve energy by sitting in the wheels while Jason and Colin took turns in the wind, but even they were tired and we all struggled on the last bit. 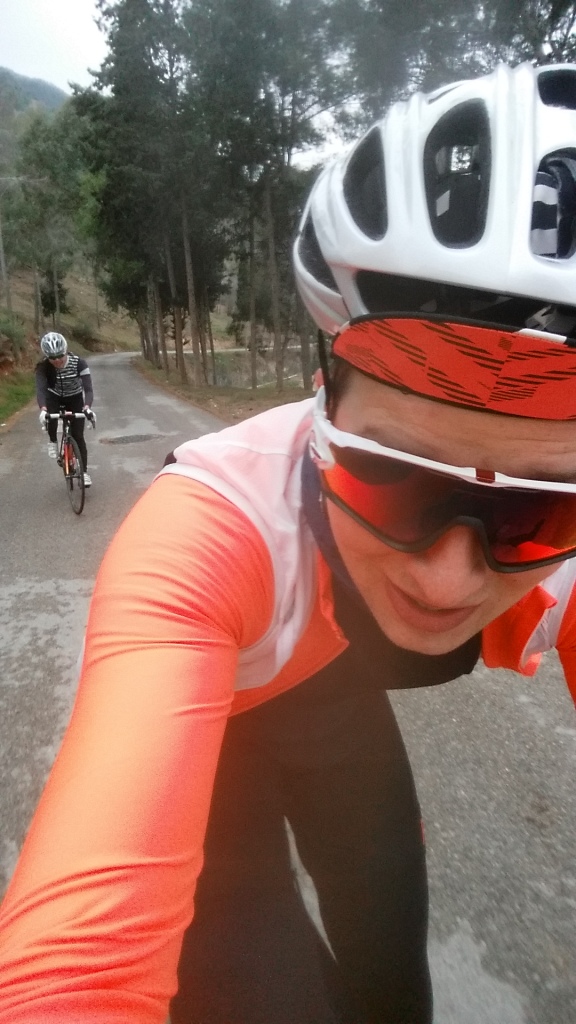 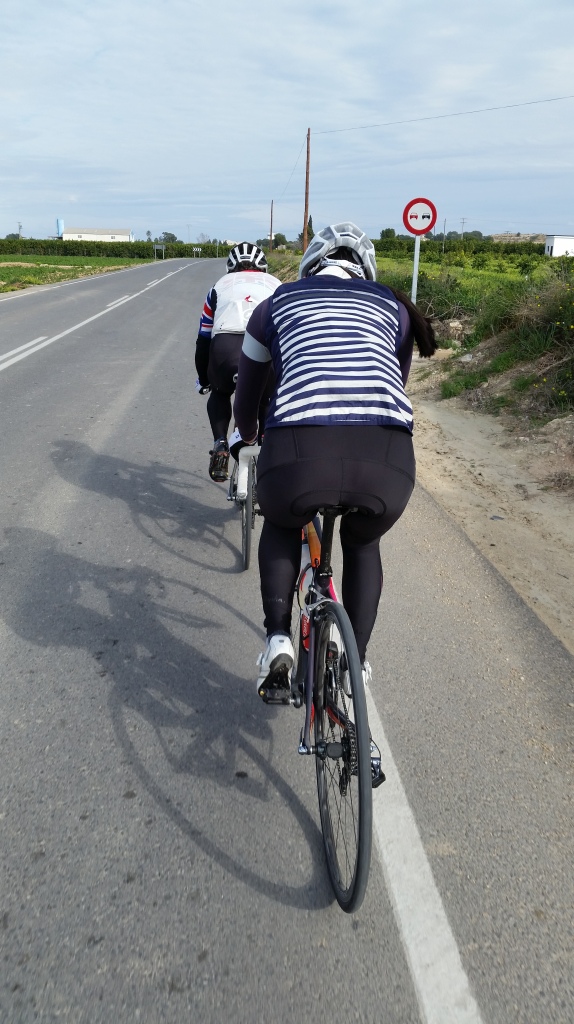 Yesterday we flew home and unfortunately our flight was delayed by about an hour due to the snow in Gothenburg…a bit different from what we had in Spain! Today we have unpacked, built our bikes back up, cleaned the flat, done our grocery shopping, done the laundry, and (I at least) had a nap! We started the day off really well though, with some delicious homemade scones!

Back to work tomorrow, and Jason will be starting his new job as well.
We hope you all have had a good weekend,
Sofi and Jason