Happy New Year! We’re a bit late releasing this post as we have been really busy since new year, and we have both been a little ill as well. Better late than never though!

I (Jason) suppose it is best to start off by looking back at our similar post from last year, The Year Ahead 2015, and see if we met our 2015 goals.

Apart from the half marathon being (slightly) slower, although I did set a new 10 km time whilst ill in the seeding race we did, it seems I just need to be more consistent with my yoga and stretching now as I did manage to stick to my other goals.

So where can I go from here? Most of the goals for 2016 still apply – I want to see improvements in my cycling still, and I will race more regularly this year as well, so some improvements are needed for certain disciplines. I will also race cyclocross after the road season is finished, so I need to keep my dis-/remount technique up to scratch, as well as the other technical skills involved in cyclocross.

I suppose my biggest goal (or our biggest joint goal) for this year is to plan our wedding (provisional date is April/May 2017)!!! 😀 We are going to three weddings this year, so we will certainly be paying attention to all the details in order to see what works, what we like, and so on. ❤ ❤ ❤

I am also changing jobs very soon (my last day is January 29). I have been working at the same company for almost five-and-a-half years, so I am looking forward to trying something and someplace new. 🙂 I will be baking some cakes for my farewell fika, so keep an eye out for those! I finish at the end of the month and have three weeks off before starting my new job. One week will be spent at home sorting stuff out in the flat and looking at the other projects I work on in my spare time, and the other two weeks will be spent in Spain on the bike! My dad will be in Spain both weeks with me, and Sofi will be there for the second week, so I can’t wait to ride with both of them on the nice Spanish roads. (Our dads will also meet for the first time then, as Sofi’s dad is going out to play golf so we have arranged a day to hang out all together! I can’t wait!!!)

One of the other projects I have started working on is with Bikes ORO. You should really check their website out and see how it is they work. Basically for every bike they sell, they provide a set of wheels for a Buffalo bicycle. I will be a brand ambassador for them, and will try to raise awareness of the brand (in Europe as well as on social media) and the great work they do with helping the World Bicycle Relief. I’m really looking forward to helping them, as it is a worthy cause – giving something at the same time as buying a bike for yourself. 😀

What about me (Sofi)?

I think I managed to complete most of them to various degrees 🙂 I could have cycled more in the autumn than I did. I was running more then. I cycled in all the countries I wanted to, except Germany as I didn’t end up going.

In the beginning of the year I was injured with my knee and I had to do some rehab before being able to run again. This meant I lost almost 3 months, January-March so the preparation for the half marathon suffered because of that.

I did manage to pick up my running again once my knee was better, but it was too little time before the half marathon (which was in May) to prepare and train fully. I feel a bit sad about that but I realise that the risks of being injured are high so you just have to deal with that.

I was still very excited on the day of the race and even though I got a really bad stitch I finished in just over 2 hours. I don’t think that was a good time, I had aimed for under 2 hours. So a bit disappointing but it only made me want to train more and harder instead.

That is why I set an even bigger goal this year, to run the Stockholm Marathon. If someone a few years ago had told me that I would enter a marathon I would not have believed them 🙂 But somehow it feels right to do it and since it is a big goal I know it will keep me motivated. I will begin a training regime February 1 and stick to that until the race in the beginning of June. I hope and trust it will be good and prepare me for running 42 km 🙂 My goal is not to finish in a certain time, my goal is to be able to run the whole marathon. The time won’t matter that much. It will only matter if I do another marathon so I have someting to beat.

I know I will have moments where it seems impossible and training is tough. Sometimes running even 5 km can be a pain if your body and mind are not 100% but I think it is important to do your sessions anyway and I know that the next time you will feel better. I love routine and I am already looking forward to my training 🙂 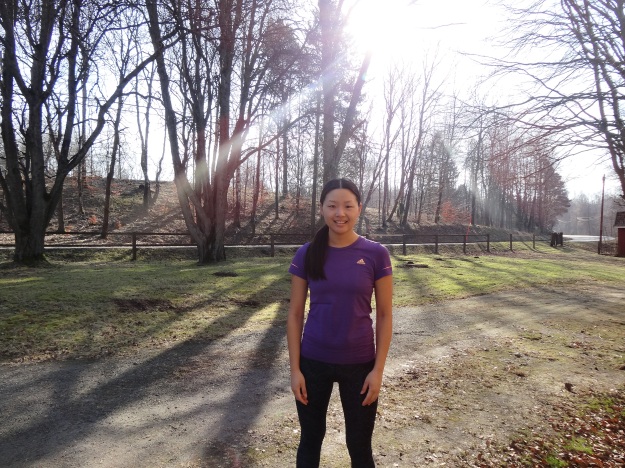 Other than that I want to keep cycling as much as possible. I will go to Spain to cycle with Jason and Colin in February and then in the summer we will go and cycle some mountains 🙂 That is not easy and I know it will require a lot of training on the bike. The challenge will be to combine these two things. And it will be interesting to see how that goes 🙂 I feel positive at least and sometimes that is all you need. 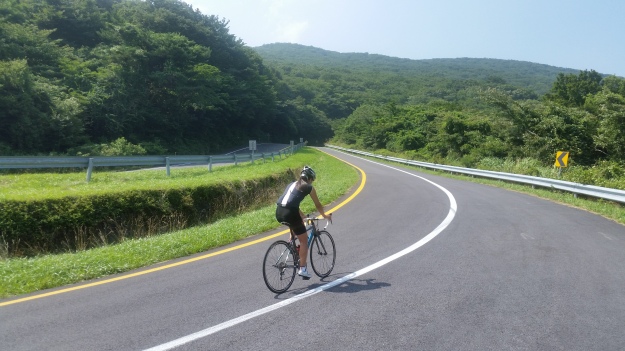 We are trying to not buy cow’s milk now. I (Jason) typically drinks about 1 l per day, but we are replacing cow’s milk with oat milk and nut milks. We will see how it goes. We have tried a few different milks and almond milk seems the best as a cow’s milk replacement for tea/coffee, and oat milk is nicest in cereal. I like the taste of coconut milk, but it feels too fatty to drink a lot of (I have been drinking 0.1% fat cow’s milk for years, so the 3% of coconut milk feels too heavy). We won’t use soy milk for the reasons we are trying not to have cow’s milk: because of the hormonal effect (plus other stuff in cow’s milk).

Yoga/meditation. We both get stressed at work some times, so we need to keep our heads in balance. We will try and get back to doing more yoga or meditation before bed (and maybe in the morning), as it really does help you unwind better, making falling to sleep much easier.

The blog! We will really really try to blog all year this year! There are so many goals for us throughout the year this year that we want to share with you. And we will try and do recipes fairly regularly, but our main focus will be on fitness and lifestyle now.

What goals do you have for the year ahead? Please tell us 🙂