This weekend was quite long. Sofi came to England Thursday evening, and we went straight out for dinner with my family, at a nice Italian restaurant in Woking. The food was great, but it was especially nice to have everyone (most people) together!

On the Friday me and Sofi cycled to see my mum in Sunninghill before she and Jeremy went up north for the weekend. We had a nice lunch and fika with them 🙂 My dad then met us in Sunninghill and we cycled back to Woking through the army ranges near Farnborough. It was a lovely ride with great weather 😀 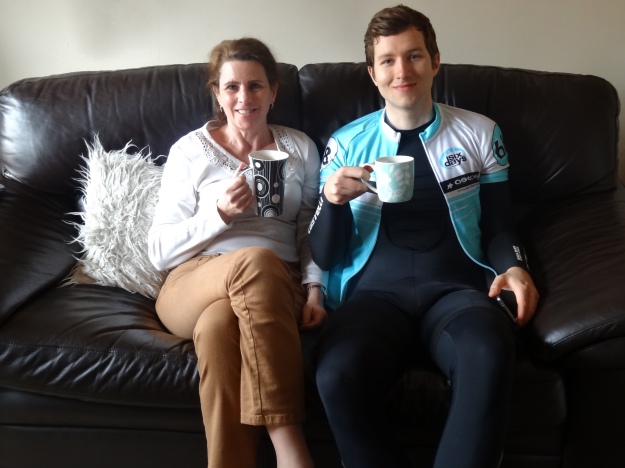 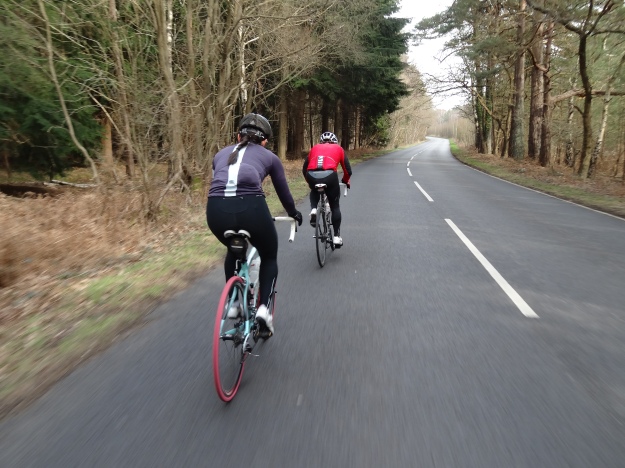 In the evening me and Sofi made dinner for my dad and Lesley, and Jasmine and Nick. We made melanzane for starter and then made gluten-free pesto pasta for main. (Recipe for gluten-free pasta will be up soon.) We then had rum baba for dessert, with a gluten-free sponge my sister had made – delicious!

On Saturday we had a nice ride to Seale. It was me, Sofi, my dad, my sister, and Iain (one of my dad’s regular riding buddies). It was a fairly cold ride, but my sister did really well and our average speed was much higher than the weekend before 🙂 We stopped at Seale Tea Rooms, and had a nice warm drink and some cake – that’s the main reason for riding a bike though, isn’t it! 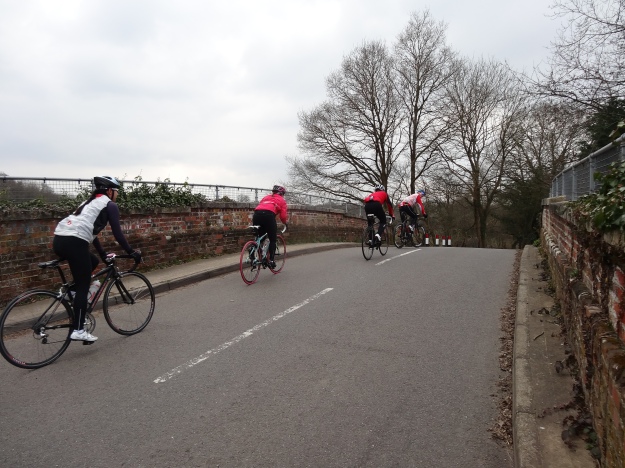 After our ride we packed and then headed to Harrow on the Hill, where we were staying for the wedding. The Saturday was the traditional ceremony in a mosque, which was interesting to experience. Neither of us had ever been to a Muslim wedding before, so it was nice to see how it was similar and different to what we consider “normal” weddings. After the ceremony we had a nice Indian meal in the mosque. For me, it was really nice to hear what people had to say about my friend Sameer, as I could only agree with all the nice words that were said! 🙂 Neither of us had met his bride Madiha before, but she seemed really lovely and people only had nice (if not nicer) words for her too.

After the ceremony was over and most people had left, we went back to our hotel to change before heading to the local pub for a drink and to talk. (Sofi hasn’t been able to talk to me face to face for a week, so she had a lot to say! 😉 ) 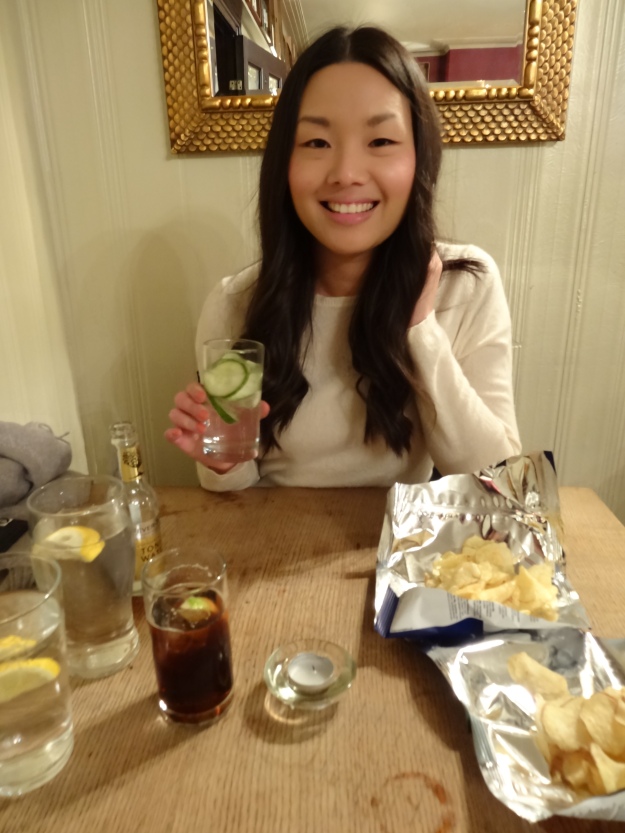 The wedding reception was on the Sunday and the invitation said “13:00 sharp”, so we were there at 12:55 and were surprised to find we were the first people to show up! After speaking to the caterers, they said most Muslim wedding receptions start 30-60 mins later than advertised. So we waited for more people to come before we went in 🙂

Both Sameer and Madiha’s families were very hospitable and caring, and looked after us (as the only real outsiders) during the whole weekend. It was really nice to get to know some of them and find out more about both Sameer and Madiha this way too. Sameer and Madiha looked great, and we were the first people to get a picture with them as a newly-wed couple (mainly because we had to leave to catch our plane back to Sweden). 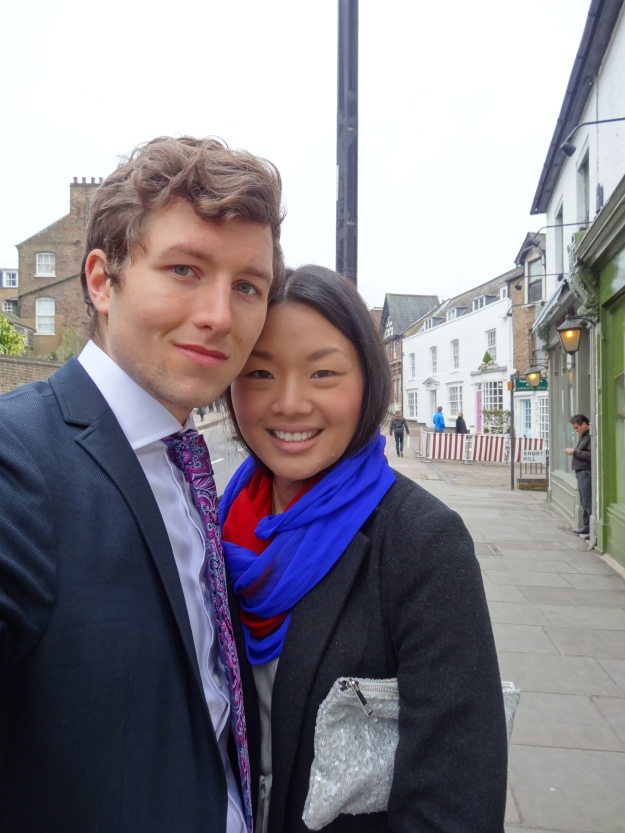 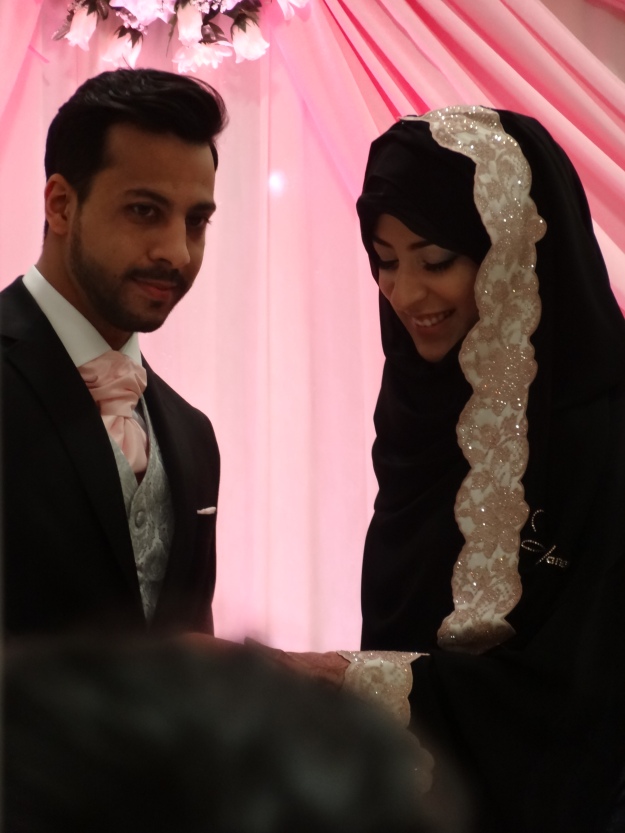 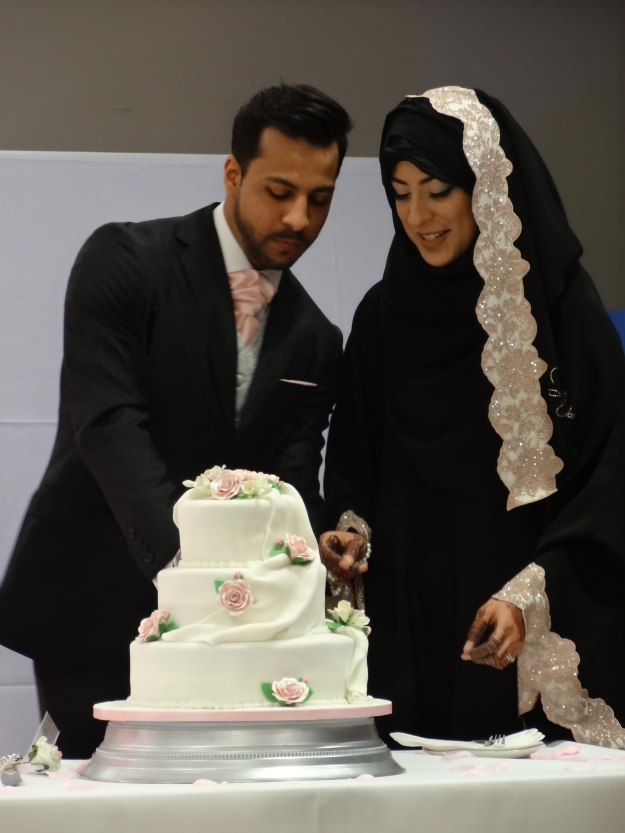 We hope they have a wonderful honeymoon and can’t wait to invite them over for dinner once they get back to Sweden.

It was a great weekend, and a great week as well. Today we went for a run after work and then made our quick Asian salad. Not a bad start to the week 🙂

We hope you all had nice weekends!
/Jason and Sofi